Riza Group is a company in the metallurgical sector with over 65 years experience in forging, heavy sheet metal manufacturing and heat treatment that has facilities with more than 20.000m2 in six industrial buildings. Since its inception it has incorporated several lines of business into its structure which has enabled it to become a multidisciplinary group that can find the best solution for its customers’ needs.

Riza Group opened for business in 1947 as a company dedicated to thermal treatment in Zumarraga (Gipuzkoa) and in 1973, after more than twenty years of business, moved to its current location in Ezkio-Itsaso (Gipuzkoa). Over time, Riza Group consolidated its position in the heat treatment industry with organic growth based on the reliability and quality of its service.

In the year 1989, it began a new phase of expansion in the iron sector with the acquisition of Labekoa Industrial. In 2004 the it purchased the company VTN (Vacío y Termoquímica de Navarra) and in 2005 it formed IATT (Industria Alavesa de Tratamientos Térmicos) and IAAF. Lastly, in 2008 it created Mandubia Eólicas, an ambitious project in the forging sector.

Riza Group is renowned for its exceptional balance of experience and innovation that increases efficiency and provides highs levels of reliability. 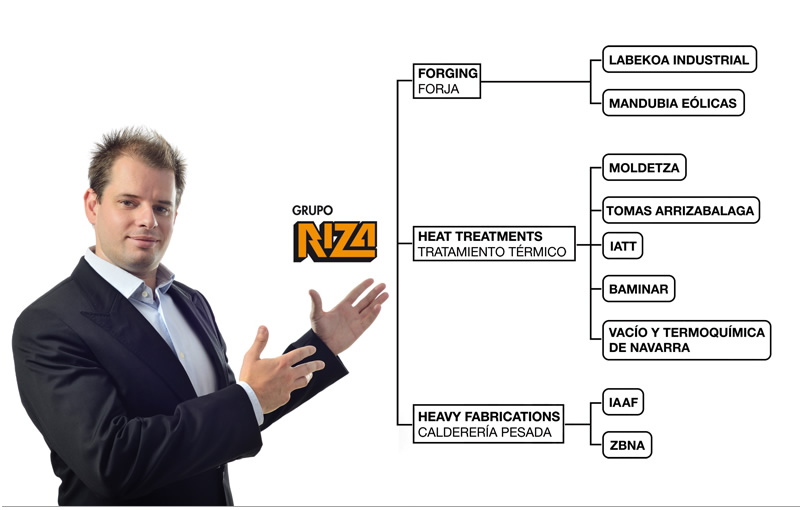